The Ramakrishna Mission Seva Pratishthan Vivekananda Institute of Medical Sciences was recognised by the University of Calcutta for post-graduate training and research in medicine in 1963, the year of Swami Vivekananda's Birth Centenary. Presently it is affiliated under the West Bengal University of Health Sciences for its Postgraduate Degree, Diploma and various paramedical courses. The Medical Council of India which recognised the Seva Pratishthan in 1966 for compulsory rotatory training of fresh medical graduates, also recognised it in 1979 for Post Graduate Degree courses. The National Board of Examinations, New Delhi also recognised this institution for DNB courses in various disciplines from 1994. The Institute also has been recognised by the University Grants Commission since 1987. The Indian Council of Medical Research (ICMR) recognises it as a research centre.

All concerned are hereby notified that VIMS Journal has already been posted online on & from 12/01/2021 in the website of Vivekananda Institute of Medical Sciences. Please visit www.vimsrkmsp.org for online Journal and any information regarding teaching section of Ramakrishna Mission Seva Pratishthan. 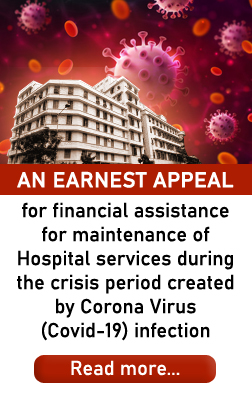